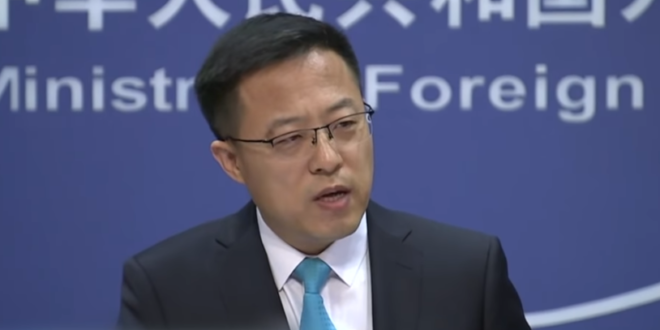 China: US Will “Pay A Price” For Olympics Boycott

China on Tuesday accused the United States of violating the Olympic spirit by announcing an American diplomatic boycott of February’s Beijing Winter Games, amid an increasingly bitter feud over the Biden administration’s decision not to send officials over human rights concerns.

The U.S. is attempting to interfere with the Beijing Winter Olympics “out of ideological prejudice and based on lies and rumors,” Foreign Ministry spokesperson Zhao Lijian told reporters at a daily briefing.

The boycott “seriously violates the principle of political neutrality of sports established by the Olympic Charter and runs counter to the Olympic motto ‘more united,'” Zhao said. “The U.S. will pay a price for its practices. You may stay tuned for follow-ups.”

China accused the U.S. of violating the Olympic spirit by announcing an American diplomatic boycott of the Beijing Winter Games. The White House says it will support U.S. athletes competing there but won’t dispatch U.S. diplomats or officials to attend. https://t.co/jzlxbZacKL