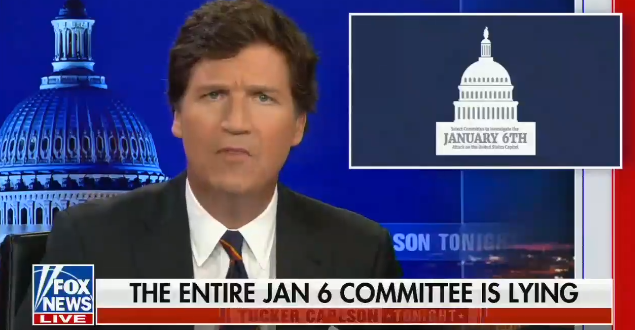 What was January 6th? Well, there was destruction of property, which we’re totally opposed to. But what motivated it? Why were all those people there?

Well, for the most part, a year later, it’s very clear January 6th was essentially what it appeared to be: Thousands of ordinary American citizens, voters — people who believe in our democracy far more fervently than Liz Cheney ever has — came to Washington because they sincerely believed democracy had been thwarted.

They believed the presidential election was unfair — and they have a right to believe that. And by the way, in many ways, they were correct.

The presidential election was unfair. And you don’t have to get into anything about voting machines to believe that.