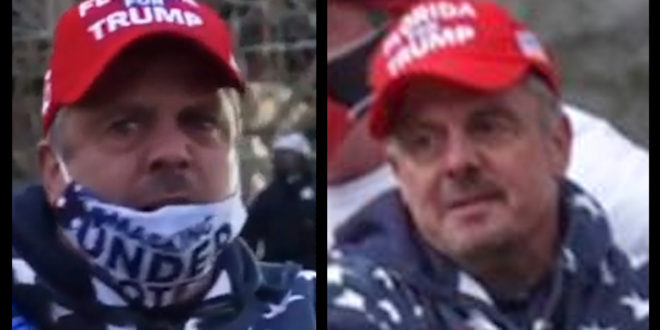 A Florida man was sentenced Friday to just over five years in prison for assaulting police officers during the Jan. 6 riot at the Capitol. The sentence, of 63 months, was the longest one yet imposed among the more than 150 defendants who have pleaded guilty to taking part in the siege.

Robert Palmer, 54, of Tampa, was charged with repeatedly assaulting police officers on the Capitol’s Lower West Terrace. Prosecutors said he threw a wooden plank the police, then picked up a fire extinguisher and sprayed its contents at a line of officers, throwing the canister at them after it was empty.

New: A Florida man was just sentenced to over five years in prison for assaulting police officers during the Jan. 6 riot.

The 63 month sentence was the longest one yet imposed on the 150+ defendants who’ve pleaded guilty to taking part in the siege.https://t.co/zKFV6jcxoh

NEW: Robert Palmer, who assaulted police on Jan. 6, is sentenced to 5 years, the toughest sentence yet.

He wrote to the judge: “Trump supporters were lied to… They kept spitting out the false narrative about a stolen election and how it was ‘our duty’ to stand up to tyranny.”

Robert Palmer, a Florida man who hurled a fire extinguisher & other objects at officers during the Capitol riot is sentenced to 5 years in federal prison.
*Judge increased sentence after his original plea deal because he lied about his actions on Jan. 6.https://t.co/IxE7l4kxfw pic.twitter.com/JqNiw3tSXY

Robert Palmer, a Florida man who attacked law enforcement on Jan. 6 while wearing an American flag sweatshirt emblazoned with the name of Donald Trump, was sentenced to 63 months in prison, the longest sentence handed out for the insurrection so far. https://t.co/hrTja8lMt2