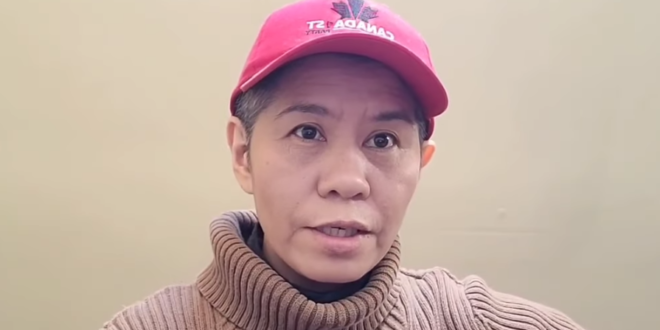 Romana Didulo, a leading Canadian QAnon figure with an alleged history of encouraging her followers to shoot health-care workers, was taken into custody by the RCMP’s national security team in Victoria, B.C.

Didulo, who often refers to herself as the “Queen of Canada,” said in a YouTube video that the RCMP’s integrated national-security enforcement team (INSET) served her with a search warrant and told her she was being detained under B.C.’s mental health act.

The so-called “Queen of Canada” has spent months calling for the arrests and killings of anyone involved with Canada’s rollout of COVID-19 vaccines, according to the Anti-Hate Network, which has published posts it says were posted by her.

Read the full article. Didulo, who has over 70,000 followers on Telegram, has since been released after a mental evaluation. My previous posts about her are here. 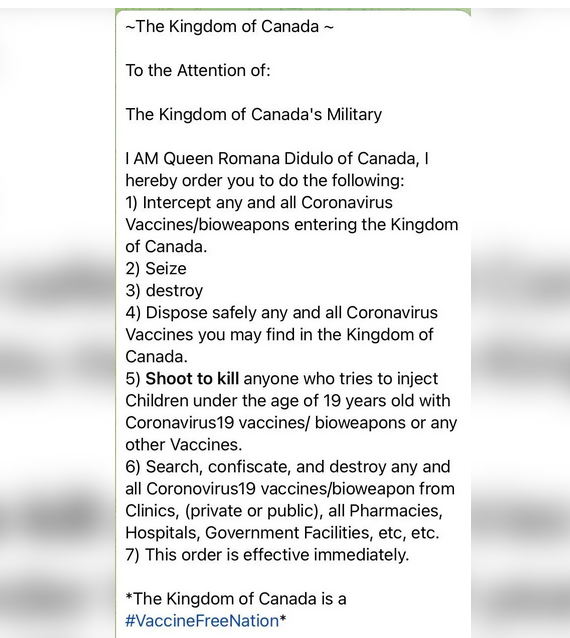 Well this is alarming: The QAnon lady who calls herself the Queen of Canada has issued a directive to her followers to “shoot to kill” anyone who tries to give the COVID-19 vaccine to children.
https://t.co/dwpSBfzNua

A leading Canadian QAnon figure with an alleged history of encouraging her followers to shoot health-care workers was taken into custody by the RCMP.https://t.co/R4gaMzV8aC