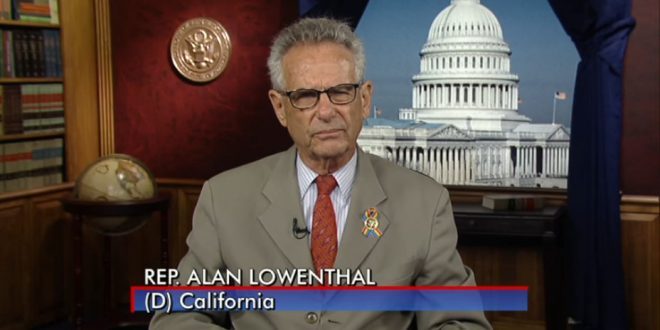 Rep. Alan Lowenthal will not run for reelection, adding to a generational changing of the guard in California politics. The Long Beach Democrat said in a statement that he would not seek a sixth term in Congress, choosing instead to “pass the baton” and spend time with family.

Lowenthal’s current seat is safely Democratic and will likely remain so even under new lines, though the latest iteration from the state’s independent redistricting commission eliminated one Southern California seat to account for slower population growth.

Read the full article. Lowenthal last appeared on JMG in 2017 when a man tore down and stomped the rainbow flag outside his Capitol Hill office.

80-year-old Democratic Rep. Alan Lowenthal is retiring. “After a decade in the House, Congressman Lowenthal’s passion and intellect will be deeply missed by our Caucus and the Congress,” Pelosi says: pic.twitter.com/T4q9ayCpXl