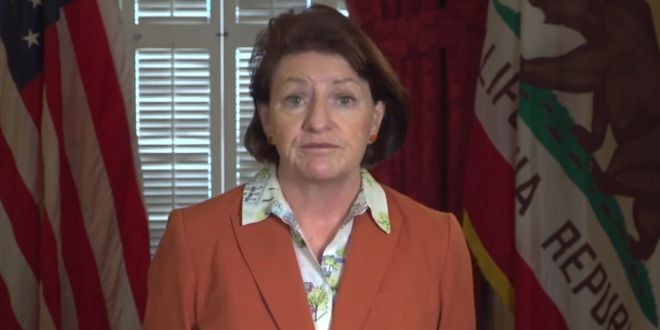 CA Plans To Be “Abortion Sanctuary” If Roe Overturned

With more than two dozen states poised to ban abortion if the U.S. Supreme Court gives them the OK next year, California clinics and their allies in the state Legislature on Wednesday revealed a plan to make the state a “sanctuary” for those seeking reproductive care, including possibly paying for travel, lodging and procedures for people from other states.

The California Future of Abortion Council, made up of more than 40 abortion providers and advocacy groups, released a list of 45 recommendations for the state to consider if the high court overturns Roe v. Wade — the 48-year-old decision that forbids states from outlawing abortion.

The recommendations are not just a liberal fantasy. Some of the state’s most important policymakers helped write them, including Toni Atkins [photo], the San Diego Democrat who leads the state Senate and attended multiple meetings.

“California plans to be abortion sanctuary if Roe overturned”…”including possibly paying for travel, lodging and procedures for people from other states”https://t.co/QKKWhMiJB2