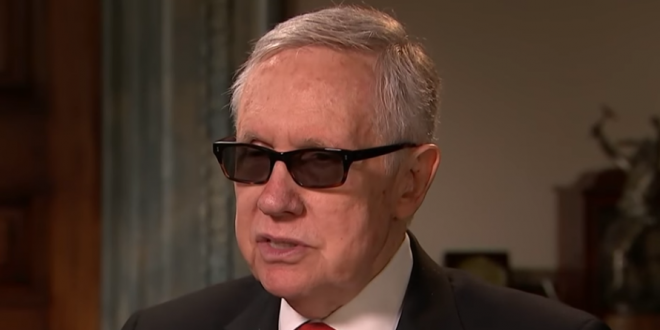 Harry M. Reid, a Nevada Democrat who rose from a hardscrabble mining town to become one of the longest-serving Senate majority leaders in history and a political force during the presidencies of George W. Bush and Barack Obama, died Dec. 29 at his home in Henderson, Nev. He was 82.

The death was confirmed by David Krone, a former chief of staff. Mr. Reid was diagnosed with pancreatic cancer in 2018.

A combative but soft-spoken former amateur boxer, Mr. Reid displayed an economy of personal magnetism and embraced the art of the scrappy insult. Columnist Molly Ivins called him “charismatically challenged.” Obama, a friend and political ally, euphemistically remarked on his “curmudgeonly charm.”

Harry Reid has died at 82. The pugnacious Democrat was a political force as Senate majority leader during two administrations. https://t.co/Af7n3iAxZi

“[T]he No. 1 priority is climate change. There’s nothing that affects my children, grandchildren, and their children, right now, more than climate.”https://t.co/YjivRCGBig