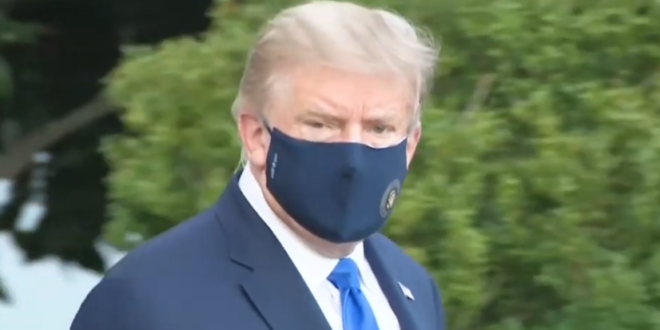 BOOK: Trump’s COVID Was Worse Than Was Claimed

President Donald J. Trump’s blood oxygen level sank to a precariously low level after he announced that he had tested positive for the coronavirus last year, according to a new book by Mark Meadows, his former chief of staff. The new details contradict Mr. Trump’s denials this year that his Covid bout was more dire than White House medical officials had acknowledged at the time.

Mr. Meadows recounts in extraordinary detail how severe Mr. Trump’s illness was. On Friday, Oct. 2, 2020, hours after the president announced on Twitter that he had tested positive for the virus, he recorded a blood oxygen level of about 86 percent, Mr. Meadows wrote. On the walk out to his helicopter, he had lost so much strength that he dropped a briefcase he had planned to carry outside, where reporters were lined up to observe him, Mr. Meadows recalled.

NEW – Via @noahweiland and me, Meadows goes into painstaking detail about how sick Trump was, how low his oxygen levels were and him complaining he’d lost “strength” https://t.co/1sr35SYRaZ

Trump had a blood oxygen level of 86, his former CoS writes, dangerously low and explains why Dr Conley tried to spin it as never going into the “low” 80s https://t.co/1sr35SYRaZ

Trump has grown angrier with Meadows as there’s been ongoing coverage of the positive Covid test, calling him “dumb” for discussing it https://t.co/AIHjNeumwh

While Trump was trying to blame an aide for getting him sick while he talked to Hannity, he had returned from an event a short time earlier complaining he had no “strength” and his muscles weren’t functioning, suggesting he had been infected well before https://t.co/AIHjNeumwh