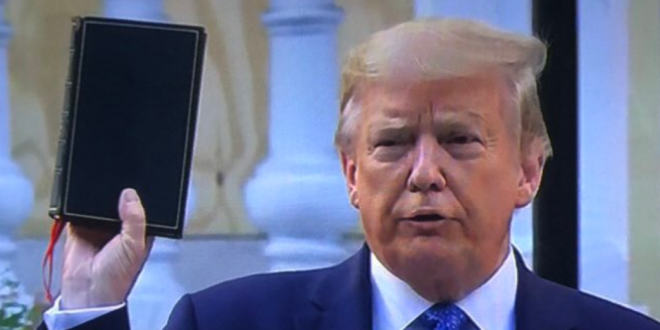 A new book by former President Donald Trump Chief of Staff Mark Meadows offers a detailed account of the then-commander in chief’s infamous Bible photo-op at St. John’s Church in June 2020, during the height of the summer’s racial justice protests sparked by the murder of George Floyd under the knee of a Minneapolis police officer.

Meadows said it was Trump’s daughter, Ivanka, who came up with the idea to “send a message to people of faith.” But the book chapter essentially avoids mention of religious outcry at the stunt, nor does it note the clearing of racial justice demonstrators from Lafayette Square outside the White House, which occurred right before the event.

NEW from me: In his book, Mark Meadows confirms Trump Bible photo-op was Ivanka’s idea, says he was “never prouder” than when he walked w/Trump to St. John’s.

He doesn’t mention faith leaders forcibly removed from the church’s patio before they got there. https://t.co/vuYw41dX6m