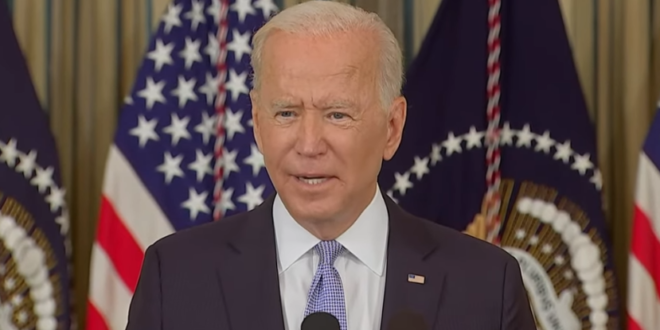 Biden: Sending Troops To Ukraine “Not On The Table”

President Biden on Wednesday said the United States is not considering sending troops to Ukraine amid rising fears about the possibility of a Russian military invasion. “That is not on the table,” Biden told reporters at the White House before departing for a trip to Kansas City, Mo.

“We have a moral obligation and a legal obligation to our NATO allies if they were to attack under Article 5, it’s a sacred obligation. That obligation does not extend to … Ukraine,” he added.

Biden said it would “depend upon what the rest of the NATO countries were willing to do as well” but rejected the idea that the U.S. would “unilaterally use force to confront Russia” if it were to invade.

Biden: Sending US troops to Ukraine “not on the table” https://t.co/pXe1WLjq6j pic.twitter.com/zOC7mRGsvE

Previous Devin Nunes Quit, In Part, Because Of CA Redistricting
Next Dem Resolution Would Strip Boebert Of Committees