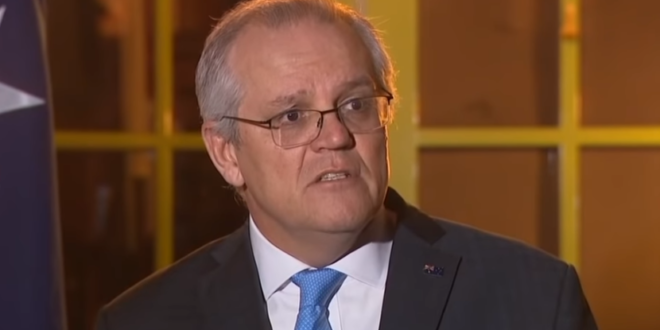 Australia To Join US In Olympics Diplomatic Boycott

Australia’s federal government has confirmed that it’s set to follow the USA’s lead by joining a diplomatic boycott of next year’s Beijing Winter Olympic Games.

The move comes after China issued a stern warning to America that it would “pay the price” for the decision not to send any government officials to Winter Games Beijing, in protest against China’s human rights record.

Australia’s federal MPs on Tuesday urged the government to follow the USA’s lead, with Prime Minister Scott Morrison [photo] confirming on Wednesday that it was standing with America in taking action against China.

Australian Prime Minister Scott Morrison says it will join the U.S. in a diplomatic boycott of the Beijing Winter Games.

Morrison said it should come as no surprise that Australian officials would boycott the event after the nation’s relationship with China had broken down over recent years.
“I’m doing it because it’s in Australia’s national interest,” he said. “It’s the right thing to do.”

He said Australian athletes would still compete.
Rights groups have pushed for a full-blown boycott of the games, accusing China of rights abuses against ethnic minorities.