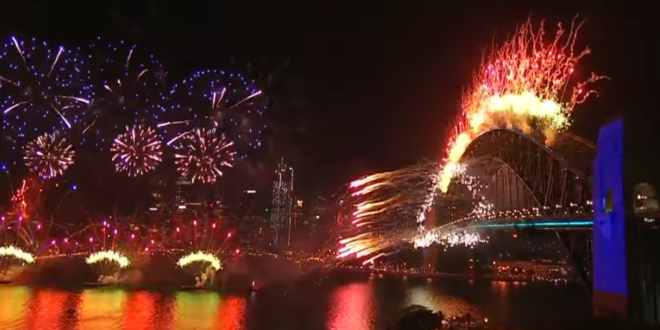 Australians bade farewell to 2021 with a traditional fireworks display over Sydney harbour as good news from South Africa – the first country to pronounce itself past its Omicron wave – brought hope for a joyous New Year.

Thanks to Omicron, the New Year began its annual roll from East to West quietly – with no official firework display in Auckland, New Zealand.

Sydney opened the global celebration in vintage style, with its usual spectacular pyrotechnics reflected in the harbour below the Sydney Opera House. But there would be no displays above many of the world’s traditional landmarks, with fireworks called off over Paris’s Arc de Triomphe, London’s Big Ben and the Petronas Towers in Kuala Lumpur.