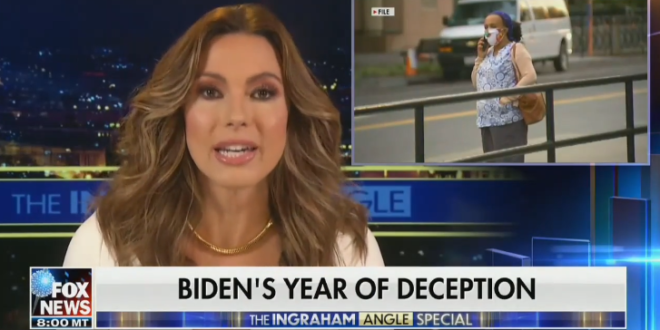 Lisa Boothe returned to the Fox News airwaves as guest host of The Ingraham Angle on Thursday after an absence of more than two weeks. Her appearance came three days after she suggested on Twitter that she had contracted Covid-19. After the handoff from Pete Hegseth who had guest-hosted Hannity, Boothe said, “Let’s go, Brandon,” a euphemism for “Fuck Joe Biden” that has become popular among some conservatives.

Read the full article. During her opening monologue, Boothe raged against vaccine mandates and attacked schools that have taken measures to mitigate the spread of the virus. Boothe has said that her anti-vax stance is a “giant middle finger to Joe Biden’s tyranny.”

Was it something I said? https://t.co/iSd8gzhhqg