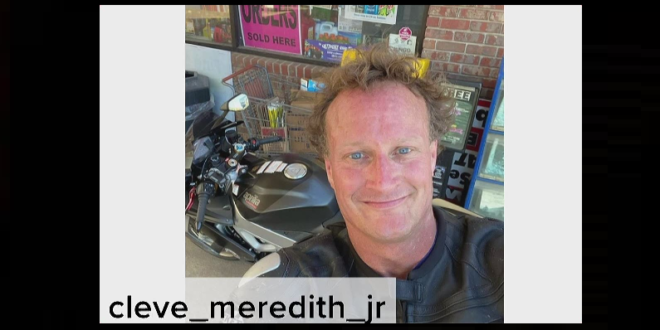 28 Months For Man Who Threatened To Shoot Pelosi

A North Carolina man was sentenced today to 28 months in prison after earlier pleading guilty to a felony charge involving a threat he made to shoot House Speaker Nancy Pelosi.

According to court documents, Cleveland Grover Meredith, Jr., 53, of Hayesville, N.C., traveled from Colorado to Washington D.C. and arrived late in the evening of Jan. 6, 2021, after the riots at the U.S. Capitol had ended. He had planned to arrive in Washington on Jan. 5 and attend various rallies.

On Jan. 7, while at a hotel in Washington, D.C., he sent a text message to one of his relatives who was then in Georgia. The text message included a threat directed toward House Speaker Pelosi.

The relative contacted Meredith’s mother, who then contacted the FBI.

The FBI located Meredith at a hotel approximately one mile from the U.S. Capitol on Jan. 7, and arrested him.

He gave consent to search his phone, truck and trailer, which was physically present at the hotel.

The FBI found a 9 mm semi-automatic firearm, an assault-style rifle with a telescopic sight, approximately 2,500 rounds of ammunition, and multiple large-capacity ammunition feeding devices inside the trailer. Meredith has been detained since his arrest.

Meredith pleaded guilty on Sept. 10, 2021, in the District of Columbia to interstate communication of threats.

At sentencing, Judge Amy Berman Jackson also ordered that Meredith must serve a period of three years of supervised release, following completion of his prison term.

“You get that one Mr. Marxist FBI Agent? Go FK yourself,” he also texted in an apparent taunt to the federal government.

Pelosi wasn’t his only target; of DC Mayor Muriel Bowser (D), Meredith texted: “I may wander over to the Mayor’s office and put a 5.56 in her skull, FKG c**t.” He also wrote, “I hope you’re reading this Mr. FBI agent, FK U.”

New: A judge has imposed a 28-month prison sentence on Cleveland Meredith, the man who threatened to kill Speaker Pelosi and drove to DC intending to take part in the Jan. 6 attack armed with an assault rifle, handgun and 2,500 rounds of ammunition. (photos via NY Post) pic.twitter.com/rtUguXUf6o