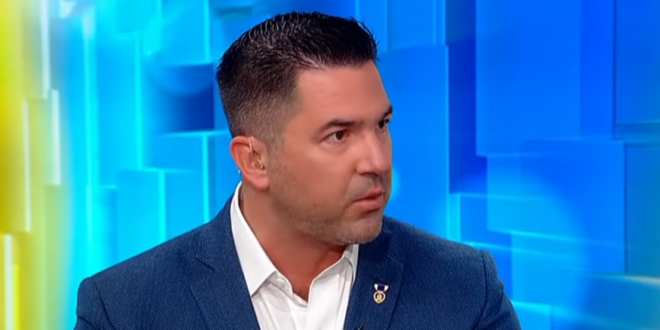 Wife Of GOP Senate Candidate Testifies That He Choked Her, Struck Their Children, Told Her To Get An Abortion

The estranged wife of Republican Senate candidate Sean Parnell testified under oath Monday that he choked her until she bit him to escape, that he hit their children and verbally lashed out at her with obscenities.

In tears, Laurie Parnell said that her husband, endorsed by former President Donald Trump in Pennsylvania’s Republican Senate primary, called her a “whore” and a “piece of s—” while pinning her down.

She testified that after a Thanksgiving trip he once forced her out of their vehicle alongside a highway after raging at her, telling her to “go get an abortion.” Parnell’s web site describes him as a pro-life candidate who “will always vote to protect the unborn.”

Sean Parnell, a decorated former Army Ranger who led a platoon in Afghanistan, suffered from post-traumatic stress disorder, she said. In a statement released by his campaign, Sean Parnell disputed her claims.

“Let me empathically state: I have never raised a hand in anger towards my wife or any of our three children,” the statement said.

“What happened today in court was not justice, nor did it have any basis in fact or truth. Next week, I’ll have an opportunity to present the truth to the court and I look forward to that opportunity.”