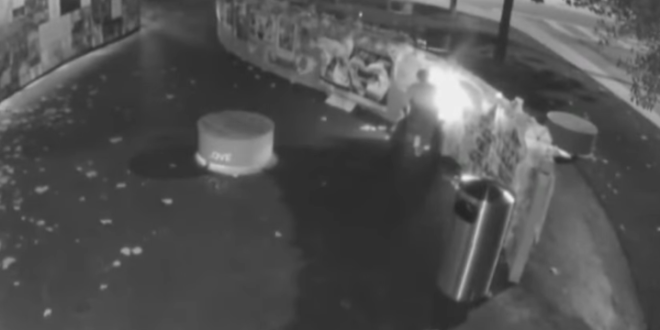 The onePulse Foundation, a nonprofit incorporated by the owner of the Pulse nightclub, is asking for any information on an arson from October. The foundation posted a video on Facebook on Saturday that shows a man in a wheelchair lighting part of the interim memorial on fire. The foundation said it happened on October 12 just before 8:30 p.m. Three Angel banners were burned along with other items at the offering wall, the foundation said.