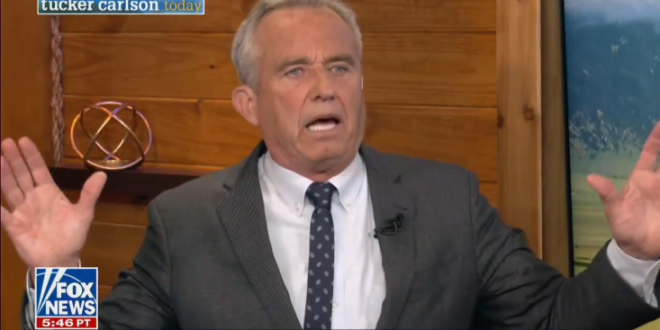 “What I tell people is we have to love our freedom more than we fear a germ. We have to. And I would even remind people that even if this was the deadly disease that they say it is, there’s worse things than death. This may sound cold and people get mad at me for saying it, but we’re lucky that there was a whole generation of Americans in 1776 who said it would be better to die than to not have these rights written down.” – Robert F. Kennedy Jr., yesterday on Tucker Carlson’s Fox Nation show.

Tucker Carlson has Robert Kennedy Jr. back up his unhinged conspiracy mongering that the COVID-19 vaccine is killing people en-masse https://t.co/dqEtxJr2eA pic.twitter.com/xU8lA2MVoQ