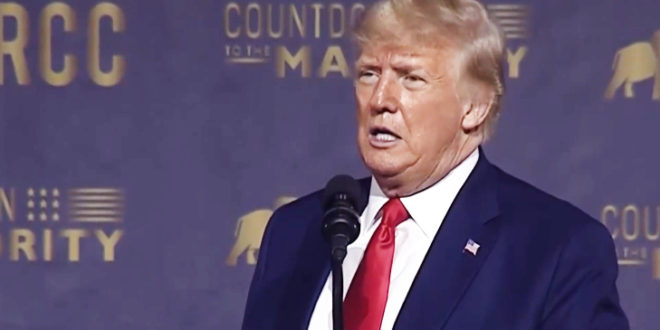 In excerpts shared by the Trump team Wednesday, the former president told Republicans at the National Republican Congressional Committee event they should “ban critical race theory” and “save America’s suburbs from Biden’s CRT-inspired housing agenda.”

Read the full article. Trump also demanded that Republicans push for the creation of his highly-mocked “National Garden of American Heroes.”

Trump has released a highlight reel from his @NRCC dinner remarks. The fundraising dinner was closed press.

He said the rs who voted for infrastructure helped biden as his poll were “falling off a cliff”https://t.co/11lZ4eV3m9

Trump NRCC – “And we are going to boycott the media that does not treat us fairly” $DWAC 🇺🇸 pic.twitter.com/7g0vZBy4FI