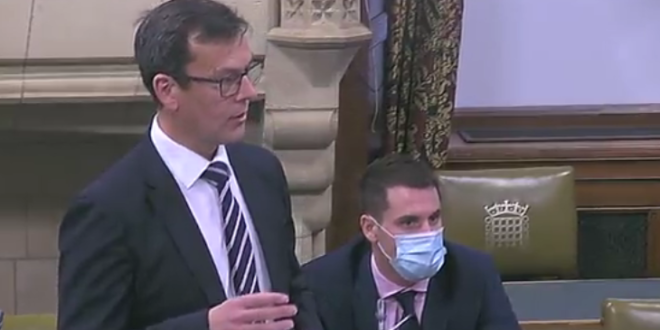 Tory MP Blames Crime On Doctor Who Being Female

A Conservative MP opened an International Men’s Day debate by appearing to suggest that replacing traditionally male characters with women drives men to commit crimes. The debate, held on the International Day for the Elimination of Violence against Women, saw Don Valley Tory MP Nick Fletcher argue the need for positive role models for men and criticise language like “toxic masculinity”.

During the Westminster Hall speech, Fletcher said that society needs to find a way to celebrate masculinity rather than “continually vilify” it. “One only needs to look at the discussions around who will play the next James Bond,” he told the MPs present. “And it’s not just James Bond. In recent years we have seen Doctor Who, Ghostbusters, Luke Skywalker, the Equaliser, all replaced by women. Is it any wonder we are seeing so many young men committing crimes?” he asked.

Tory MP Nick Fletcher says men are left with the Krays and Tommy Shelby and asks “is it any wonder we are seeing so many young men committing crime?”https://t.co/ERAlZ3BJ2p pic.twitter.com/noFNWmocpf