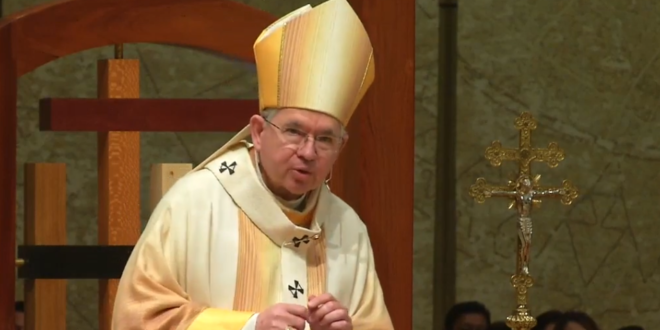 Archbishop José H. Gomez, president of the U.S. Conference of Catholic Bishops, railed against “new social justice movements” during a speech Thursday (Nov. 4), decrying them as “pseudo-religions” that ultimately serve as “dangerous substitutes for true religion.”

The prelate argued the United States, like Europe, has been subject to “aggressive secularization,” insisting “there has been a deliberate effort in Europe and America to erase the Christian roots of society and to suppress any remaining Christian influences.”

He also lambasted “cancel culture,” contending that “often what is being canceled and corrected are perspectives rooted in Christian beliefs.” But Gomez saved his most strident criticism for “new social movements and ideologies,” the influence of which, he said, accelerated after the murder of George Floyd.

The head of the U.S. Conference of Catholic Bishops is railing against “new social justice movements” that undergirded the 2020 George Floyd protests, decrying them as “pseudo-religions.”

But he didn’t mention the insurrection, or anti-vaccine protests. https://t.co/DxgFM2hZyF