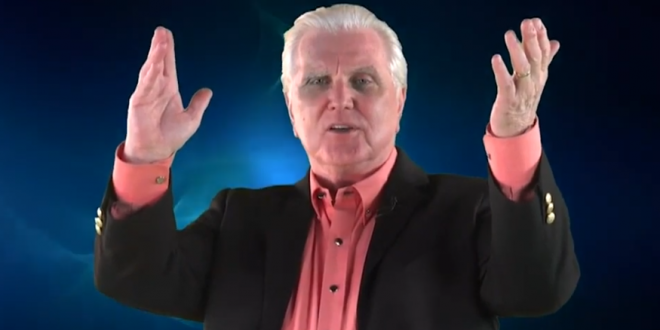 A Texas radio host was sentenced to three life prison sentences Monday for a Ponzi scheme in which he bilked elderly listeners out of millions of dollars. William Neil “Doc” Gallagher also got a 30-year prison sentence from state District Judge Elizabeth Beach for his August guilty pleas. The sentences are to be served concurrently.

The sentencing came after more than a dozen senior victims testified during a three-hour court hearing about losing anywhere from $50,000 to $600,000 invested in the Gallagher Financial Group.

Read the full article. As I reported last year, Gallagher was sentenced to 25 years in a separate Dallas County case. Today’s case was brought in Tarrant County.

Texas radio host gets three life sentences, and then some, for pyramid scheme advertised on Christian radio and with books like “Jesus Christ, Money Master.” I don’t recall any con artist getting so long a sentence. (Madoff got 150 years)https://t.co/7JnhbJj8XW