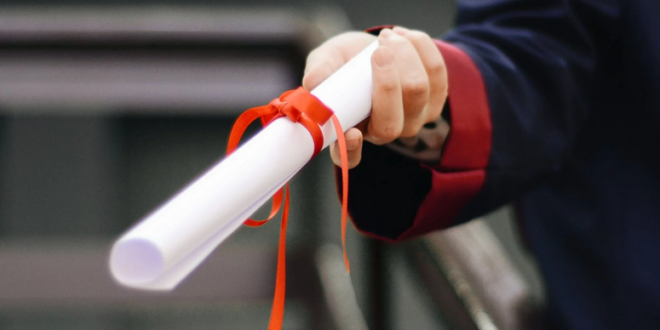 According to Dr. Joel Mittleman, an assistant professor of sociology at Notre Dame and author of the study, 52% of gay men in the U.S. have a bachelor’s degree, a total of 16 percentage points higher than the national average. Putting that number into a global perspective, Mittleman writes, “If America’s gay men were considered on their own, they would have, by far, the highest college completion rate in the world: easily surpassing the current leader, Luxembourg, at 46.6 percent.”

Additionally, the study found that 6% of gay men in the U.S. have an advanced degree (J.D., M.D. or Ph.D.), which is 50% higher than the number of straight men with degrees and, notably, is a trend that remained true across the four largest racial/ethnic groups (white, Black, Hispanic and Asian). Just why gay men are earning more degrees than straight men, is a question Mittleman explores, hypothesizing that gay men may respond to societal homophobia by “overcompensating” academically.