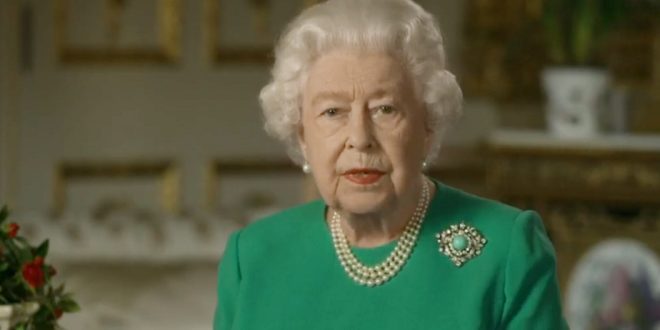 Queen Elizabeth II missed out on the Remembrance Sunday service in London to pay tribute to Britain’s war dead because she sprained her back, Buckingham Palace said Sunday.

The service is one of the most important events on the 95-year-old monarch’s calendar, and was meant to be her first public appearance after taking a few weeks off to rest under doctor’s orders.

“The Queen, having sprained her back, has decided this morning with great regret that she will not be able to attend today’s Remembrance Sunday service at the Cenotaph,” officials said just hours ahead of the ceremony. “Her Majesty is disappointed that she will miss the service.”

Officials say Queen Elizabeth II has sprained her back and will not attend Remembrance Sunday service in London. Via @AP https://t.co/aqYHjbwsLT

After the queen pulled out of attending the Remembrance Day service because of a reported back sprain, a royal source insists that she will be performing “light duties” this week https://t.co/W4rAYxTAYo