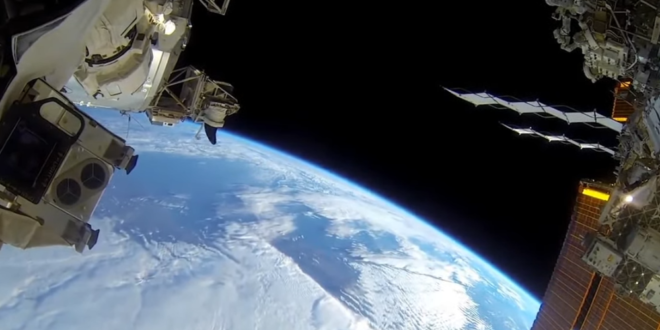 The US is concerned that Russia carried out a major anti-satellite weapons test over the weekend, two US officials told CNN. One of the officials said it may have created a potentially dangerous debris field in space.

US Space Command confirmed that a rare and potentially dangerous “debris-generating event” took place but did not provide details or mention Russia. The two officials said the State Department is preparing to put out a statement later today.

Breaking: “U.S. Space Command is aware of a debris-generating event in outer space. We are actively working to characterize the debris field and will continue to ensure all space-faring nations have the information necessary to maneuver satellites if impacted.” – US Space Command

US is very concerned abt a major Russian anti-satellite weapons test conducted over the weekend & State is prepping a statement on the matter, per 2 US officials. US Space Command confirms a rare “debris-generating event” has taken place, w/ @KristinFisher @jimsciutto @jmhansler.

The International Space Station crew is no longer sheltering in their Dragon & Soyuz lifeboats, but the complex is passing through a debris field in orbit as often as once an hour.

With LeoLabs confirming debris “near” Kosmos-1408 and CNN quoting US officials that there was an ASAT test, rumours are solidfiying into a consistent story that indeed a Russian antisatellite test on Nov 13 or 14 hit Kosmos-1408 causing a debris cloud intersecting the ISS orbit