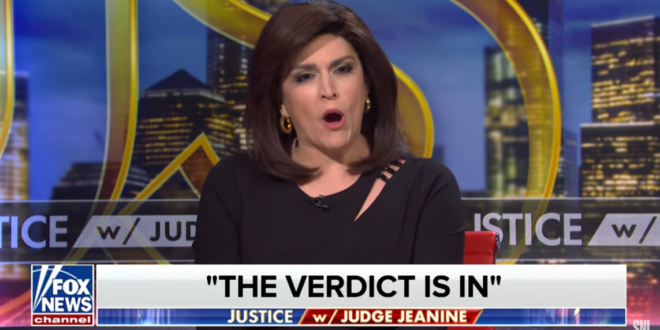 “Lovable scamp” Kyle Rittenhouse was the real victim, according to the fake Jeannine Pirro on this week’s “Saturday Night Live.” The 18-year-old acquitted Friday of killing two people in Kenosha, Wisc., last summer and injuring another was “put through a nightmare of a trial just for doing the bravest thing any American can do: Protecting an empty used car lot in someone else’s town,” the Fox News host, played by Cecily Strong, said in Saturday’s cold open.

Judge Bruce Schroeder, played by Mikey Day, then joined the show to explain how he managed the high-profile trial, referring to Rittenhouse as his “client,” rather than the defendant, and ordering prosecutors to say the victims were “gadoinked,” not shot. Strong’s Pirro then moved on to her special guest: former President Donald Trump, who was played by James Austin Johnson.