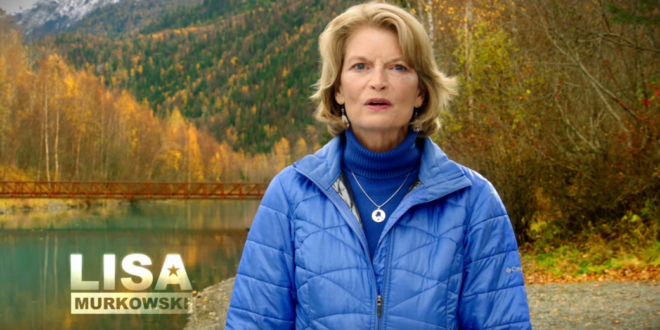 Sen. Lisa Murkowski, who voted to convict Donald Trump in his second impeachment trial and has repeatedly bumped heads with the former president, announced Friday that she will run for reelection.

Trump, who has focused his political efforts on punishing his political opponents, endorsed a leading opponent of Murkowski in June. Kelly Tshibaka was commissioner of Alaska’s Department of Administration before resigning to run for the Senate.

In July, the Alaska Republican State Central Committee endorsed Tshibaka after Murkowski’s impeachment vote. “My heart is, and always has been, in Alaska, and that’s why I am proud to announce my campaign for reelection to the US Senate in 2022,” Murkowski said in a statement.

Read the full article. Kelly Tshibaka, you may recall, is a virulently anti-LGBT nutbag who backs ex-gay torture and who claims that homosexuality is caused by being molested as a child. She also “speaks in tongues” and says witchcraft is real.