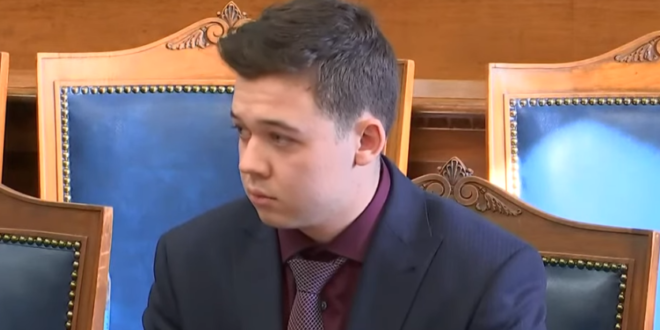 Kyle Rittenhouse, who walked free on Friday after killing two people and wounding a third during protests in Kenosha, Wisc., last year, said he supports Black Lives Matter and that he’s not racist.

“I’m not a racist person, I support the BLM movement, I support peacefully demonstrating,” Rittenhouse said, staring earnestly into the camera in the teaser of an interview slated to air Monday night.

Kyle Rittenhouse told Fox’s Tucker Carlson in an interview he supports Black Lives Matter and that he’s not racist.https://t.co/pfEB9MFKCj

Kyle Rittenhouse: “This case has nothing to do with race.”

Killer Kyle Rittenhouse wasn’t crying as he partied and high fived racist proud boys at a BAR after he killed 2 white men and wounded another. He even flashed the white supremacist sign with his buddies. All smiles, no regrets. pic.twitter.com/HLbQ417F2J