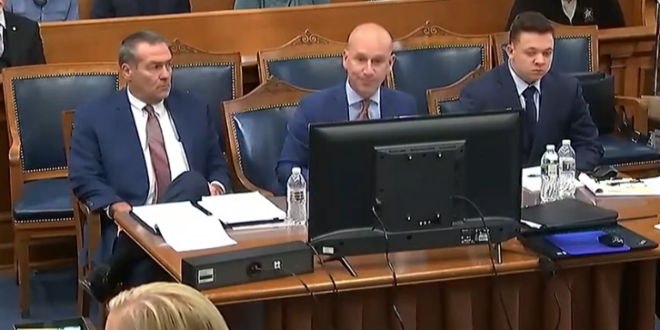 Kyle Rittenhouse’s attorneys asked the judge on Wednesday to declare a mistrial, saying they received an inferior copy of a key video from prosecutors and would have approached things differently if they had received the higher quality video earlier.

Judge Bruce Schroeder did not immediately rule on the request, which came after jurors deliberating for a second day at Rittenhouse’s murder trial asked to review video evidence.

Defense attorney Corey Chirafisi said they initially received a compressed version of a video taken by drone that the prosecutors played for jurors during closing arguments.

Rittenhouse’s lawyers requested a mistrial, claiming they received an inferior copy of a key video from prosecutors. https://t.co/jNo3nB8rOv