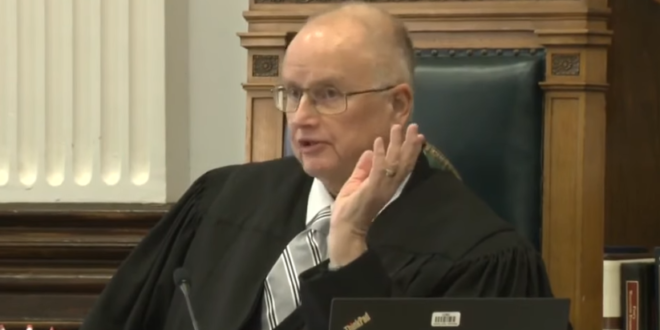 “This is actually referred to in the Bible. Saint Paul, when he was put on trial in  – I think it’s Caesarea – well, it was over in Palestine — uh, in Israel — he was  accused of some activity.

“Uh, and he when they tried to put him on trial with evidence from — which was being repeated by somebody who wasn’t there and under oath — he said, ‘where are the witnesses against me? I am a Roman, and I have a right to confront my accusers. They should be here.’

“And so that led to, actually, his voyage to Rome to have his case heard before the Emperor. Um, so it’s an ancient rule.

“It’s strictly, strictly enforced in the criminal courts for very obvious reasons.” – Judge Bruce Schroeder, on what he considers to be the genesis of hearsay evidence rules.

According to the above-linked report, the prosecutor asked multiple times that the hearsay discussion be held out of jury’s presence. That didn’t happen.

It’s ‘Actually’ in ‘the Bible’: Kyle Rittenhouse’s Judge Explains Hearsay Rule to Jury by Talking About Trials of St. Paul the Apostlehttps://t.co/yJpHGGJ545