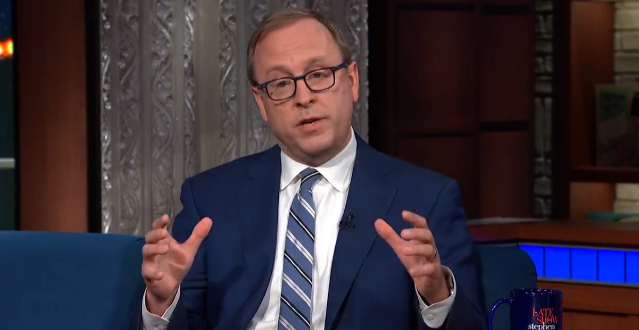 Jonathan Karl has seen photos of Mike Pence in hiding on January 6, but he wasn’t permitted to publish them in his upcoming book. The ABC News chief Washington correspondent joined Stephen Colbert Monday night to talk about his book Betrayal: The Final Act of the Trump Show, which delves into detail about January 6.

One of those photos, as Karl described it, shows Pence in hiding looking at the tweet from Donald Trump attacking him just minutes earlier. “It kind of looks like Pence is grimacing, but you can never really tell.”

Jon Karl Says There Are Photos of Mike Pence in Hiding on January 6: ‘They Refused to Let Me Publish’ Them https://t.co/SJZvxoEtti