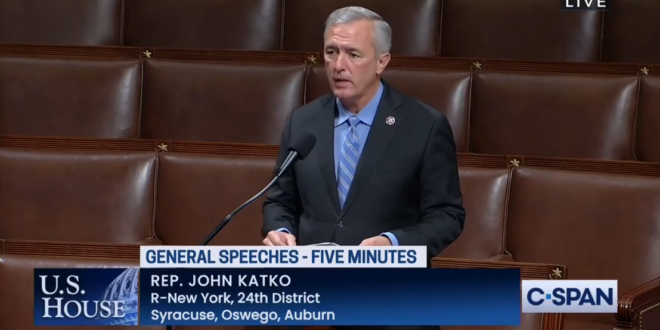 The GOP leadership is bracing for rank-and-file lawmakers to attempt to strip committee assignments from the 13 Republican lawmakers who voted for the $1 trillion bipartisan infrastructure bill. Several of these lawmakers are also ranking members — top Republicans on committees — and those could be at risk, too.

A number of GOP lawmakers were upset by the fact that several of their Republican colleagues voted early for the infrastructure package, helping Democrats cross the majority threshold on a key piece of President Joe Biden’s legislative agenda and undermining their party strategy.

Much of the anger is directed at Rep. John Katko (R-N.Y.), who voted early for the legislation. Katko is the ranking member on the Homeland Security Committee. Katko told multiple lawmakers on the House floor that he had seen Rep. Jim Banks (R-Ind.) on television talking about the infrastructure bill, and he was voting early.

Katko was also among the 10 GOP reps who voted to impeach Trump after the Capitol riot. Earlier today former Trump chief of staff Mark Meadows declared that he would “absolutely” strip those members of their committee posts.

In @PunchbowlNews AM: GOP leadership is bracing for rank-and-file lawmakers to attempt to strip committee assignments from the 13 Rs who voted for the bipartisan infrastructure bill, with much of the anger directed at Rep. John Katko.