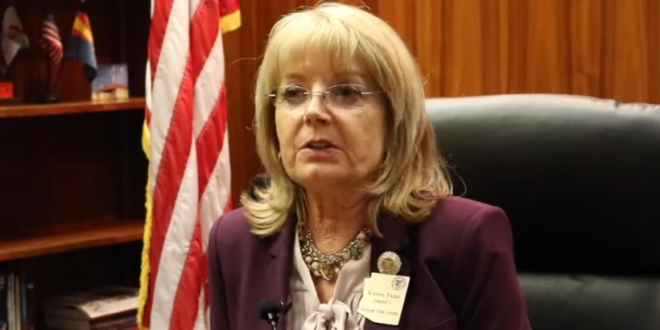 Arizona Senate President Karen Fann, who was instrumental in arranging the state’s sham election “audit,” announced Monday evening that she won’t seek reelection and will retire from the state legislature in January 2023.

Fann had spearheaded the partisan review of 2.1 million ballots cast in Maricopa County failed to prove fraud in the Arizona 2020 election.

The review was conducted by the Florida-based company Cyber Ninjas, which had no experience auditing election results and is led by a man who has repeated wild conspiracy theories about election fraud.

Read the full article. Fann can still wreak a lot of havoc between now and January 2023.