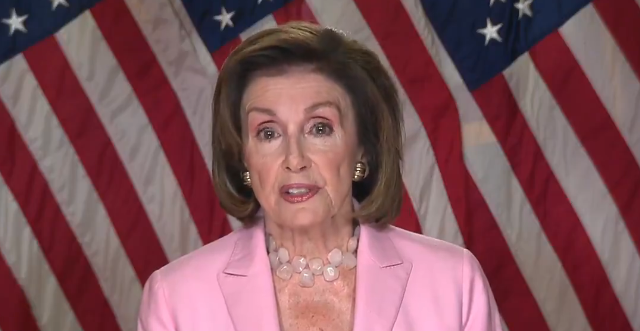 House Speaker Nancy Pelosi announced Wednesday that family and medical paid leave is back in the massive social safety net spending package, but its inclusion in the final draft hinges on support from Sen. Joe Manchin, D-W.Va., a key centrist.

“I have asked the Ways and Means Committee for its legislation for Paid Family and Medical Leave to be included in this morning’s hearing,” Speaker Pelosi says in a Dear Colleague letter. “Chairman Richie Neal and the Committee staff have worked on this priority for a long time and were ready.”

The proposal will include four weeks of paid leave, two sources familiar with the matter told NBC News. The sources asked for anonymity to discuss negotiations.

Manchin (the reason they took it out) is not sold. “That’s a challenge. Very much of a challenge. And they know how I feel about that.”

Manchin just gaggled with us on the electoral results. Says need to “take time” to negotiate social safety net bill. Also says he can’t support paid leave in bill after Pelosi announced they would add four weeks. Says House will do what they do, and then Senate will respond