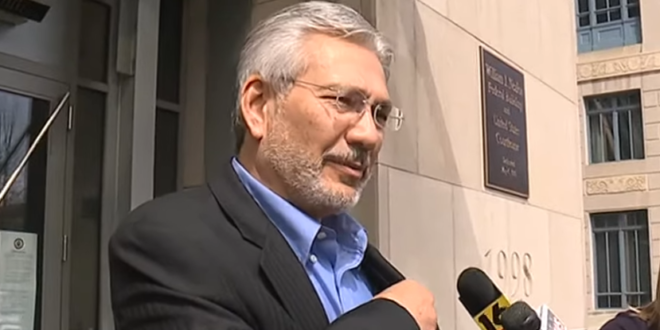 Organizer Of Buses To DC Gets Sentenced To 60 Days

A Jan. 6 defendant who prosecutors say had a “front-row seat” to the deadly attack on the U.S. Capitol was sentenced to 60 days in prison on Monday.

Frank Scavo, who pleaded guilty to a misdemeanor charge in September, organized buses that took about 200 people to Washington, D.C., on Jan. 6. His plea agreement included a cooperation provision, and Scavo turned over videos that he filmed inside the Capitol the day of the riot.

Prosecutors, in their sentencing memo, said that Scavo posted a political cartoon on Facebook that showed him driving a “Sedition Express” bus to D.C., and that he described himself in comments as a “Capitol tour guide.”

STANDBY: Sentencing begins in moments in US Capitol breach case of Frank Scavo of Scranton

Feds say Scavo recorded video on Jan 6, “Stormed the f**ing Capitol of the f**ing United States at 58 years old. What the f** is wrong with America?” pic.twitter.com/CTOF7jCnit

BREAKING: Frank Scavo of Old Forge will serve 60 days in prison for his role in the protest and riot in January. https://t.co/l7CpSdgyVv