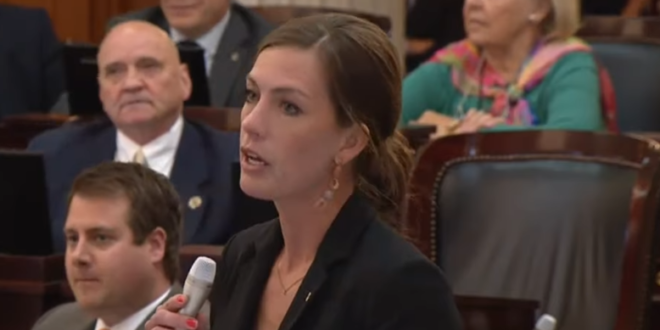 Like the Texas law currently being considered by the U.S. Supreme Court, HB480 would also allow “any person” to file civil lawsuits seeking $10,000 or more against anyone in Ohio who perform abortions or “knowingly engages in conduct that aids or abets the performance or inducement of an abortion,” including paying for it via insurance.

The bill is authored by Rep. Jena Powell [photo], who is also behind Ohio’s recent anti-transgender bill. Her anti-trans bill earned her an appearance on hate group leader Tony Perkins’ podcast, where she was hailed as “courageous.”

This dangerous bill would criminalize abortion and encourage vigilantism in our state.

Ohio deserves better than this anti-abortion extremism. As governor, I’ll veto any anti-action bill that comes across my desk – full stop. https://t.co/AVddgmEm36