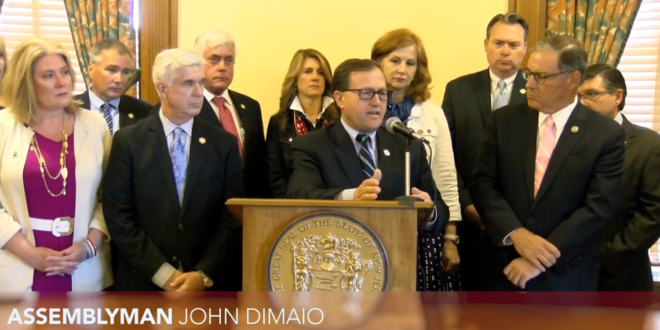 NJ Republicans To Boycott Session Due To Vax Mandate

Assembly Republicans are planning to challenge a new rule that would ban lawmakers from entering the statehouse if they can’t provide proof of vaccination or a negative COVID-19 test at their next session on December 2.

In a virtual meeting on Wednesday, GOP legislators agreed that if some of their colleagues are blocked from entering the statehouse, none of them would participate in next week’s voting session, the New Jersey Globe has confirmed.

Breaking: NJ Assembly Republicans will test rule that requires vaccination proof or negative Covid test to enter statehouse for next week — and could mount a legal challenge to new policy. https://t.co/snkT1Upn0G