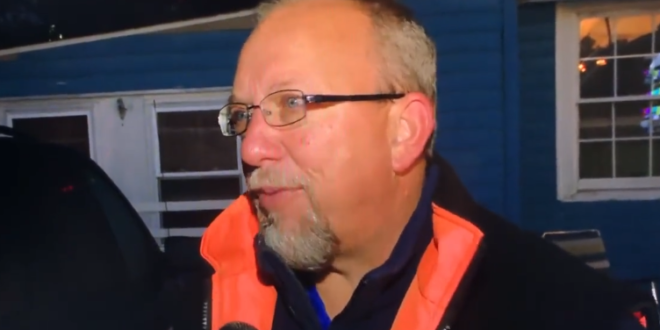 The story of a plucky truck driver who ousted New Jersey’s longest-serving Senate president in a long-shot, upset victory took a turn after the revelation of xenophobic and transphobic social media posts.

One post on Republican Edward Durr’s Twitter account calls the Prophet Muhammad a “pedophile” and Islam a “false religion” and a “cult of hate,” while describing adherents to Muslim teachings as “fools.” The posts emerged just hours after the race was called in his favor.

On Facebook, Durr’s account includes a post claiming Vice President Kamala Harris earned her position based only on her race and gender. “I’m a passionate guy. And I say things in the heat of the moment. And if I said anything in the past that hurt anybody’s feelings, I sincerely apologize,” Durr told WHYY.

A deep dive into Durr’s social media – in just the last 12 months – reveals posts calling January 6th a “set up,” numerous conspiracy theories, one in which he uses a monkey emoji when criticizing Stacey Abrams, transphobic posts and several likening vax mandates to the Holocaust https://t.co/tvyiVDpdsA

In the midst of all the 1776-ing about the guy who was elected to the New Jersey Senate because he had a beef over a concealed carry permit, he’s already doing the “I’m sorry if I said a bunch of hateful stuff” dance, because of course he did.
Just as the Founders dreamed of!
/1