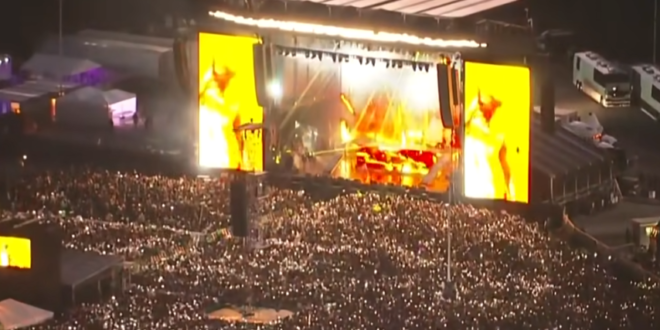 A 22-year-old college senior who was critically injured at the Astroworld festival in Houston has died, the family’s lawyer said Thursday, making her the 9th fatality from the event.

Bharti Shahani died Wednesday, attorney James Lassiter said during a news conference. Hundreds of others were injured in the melee Friday night as rapper Travis Scott took to the stage. A criminal investigation into the deaths at Astroworld is underway.

Family members told Houston TV station KTRK that Shahani was studying electronics systems engineering at Texas A&M University and had been set to graduate next spring.

Some Christians are blaming Satanism for the stampede.

people who are saying people died at astroworld because of demons or sacrifices or satan or whatever the fuck need acc shut up, you blaming an ‘entity’ or ‘ travis scotts devil worship’ allows for the blame to escape the real people responsible for organising the event

The ritual at Astroworld Fest happened 666 months 6 days after the founding of the Church of Satan (incidentally Travis Scott’s birthday) and right after Drake made a surprise appearance. Travis Scott & Drake were born 66 months 6 days apart. pic.twitter.com/Q2JbYNynel

The people in the audience to Astroworld concert.. got the jab.. any one notice how each reacted with the – graphene oxide dance when the music got to a certain Frequency – Satan .. https://t.co/NyCK2G5gfv