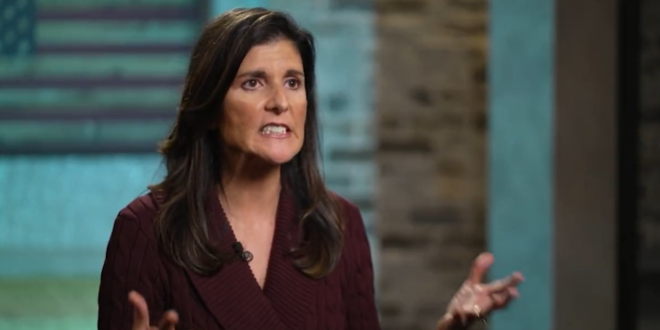 Former U.S. Ambassador to the United Nations Nikki Haley suggested in an interview on Thursday that leaders in the government who are of an advanced age should undergo a “cognitive test.” The Christian Broadcasting Network’s David Brody questioned Haley about her thoughts on the mental health of 78-year-old President Biden, the oldest man to hold the office, asking if she had any concerns.

“Whether it’s the House, whether it’s the Senate, whether it’s vice president, whether it’s president — you should have some sort of cognitive test. Let’s face it, we’ve got a lot of people in leadership positions that are old. And that’s not being disrespectful. That’s a fact,” Haley, 49, said. “And when it comes to that, this shouldn’t be partisan. We should seriously be looking at the ages of the people that are running our country and understand if that’s what we want.”

NEW! @NikkiHaley tells me Joe Biden’s mental state, “makes everyone nervous.” She calls for mental health screening of all older politicians. “Let’s face it: we’ve got a lot of people in leadership positions that are old. And that’s not being disrespectful. That’s a fact.” pic.twitter.com/efDl0oQxTI

Previous DOJ Sues Texas Over New Voter Suppression Law
Next Cawthorn: “We Will Run You Over” When We Take Our Country Back From The “Woke, Sexless, Godless” Dems