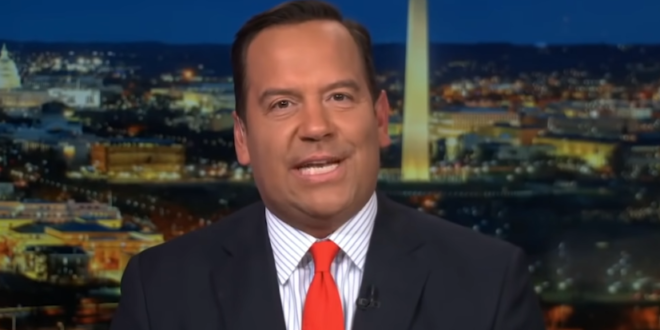 Former Trump campaign adviser Steve Cortes is out at Newsmax and will host his last primetime broadcast for the right-wing cable channel early next week, if not sooner, five sources familiar with the matter told The Daily Beast.

Tensions between Cortes and the MAGA cable network had long been simmering, sources suggested, but it was the Trump loyalist’s vehement disagreement—which he wasn’t shy about publicly voicing—with Newsmax’s company-wide vaccine rules that was the final straw.

Besides his aggressive anti-vax stance—which ran afoul of Newsmax CEO Chris Ruddy’s public support for vaccines and COVID-19 mitigation efforts—Cortes has long been a loud 2020 denialist who has parroted Trump’s lies about widespread voter fraud and a “stolen election.”

EXCLUSIVE from @dianafalzone and me (with holiday help from @swin24!)

Former Trump campaign adviser Steve Cortes is out at Newsmax and will host his last broadcast Monday or Tuesday, if not sooner. https://t.co/ZKqNXGgTLs

I will not comply w/ any organization’s attempt to enforce Biden’s capricious & unscientific Medical Apartheid mandate.

I will not be forced into the injection, nor will I disclose my vaccination status.

No one should be pressured to choose between medical privacy & their job.