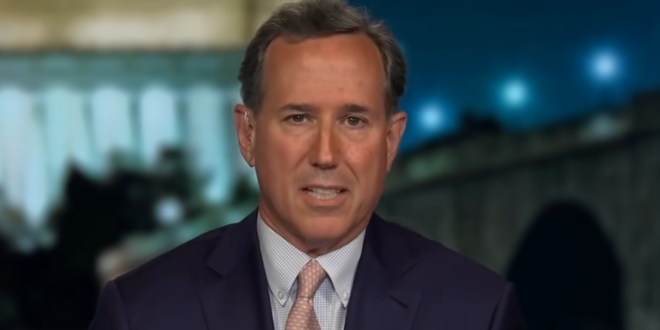 Via press release from Newsmax:

Santorum, formerly CNN’s senior political commentator, has an expansive background in politics having served two terms as a Republican Senator from Pennsylvania. He also served four years in the U.S. House of Representatives representing suburban Pittsburgh.

With both Virginia and New Jersey governors’ races tight, Santorum will offer his unique insight and analysis in these key races, along with a team of political veterans including Dick Morris, Betsy McCaughey, and Mark Halperin.

Santorum was fired by CNN in May after offensive comments about Native Americans. He later blamed the fired on “cancel culture.”