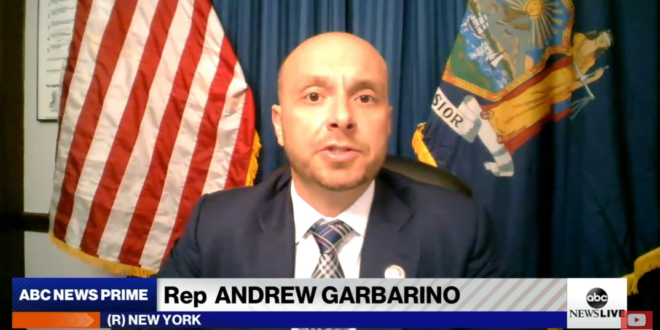 A recent vote for President Biden’s bipartisan’s infrastructure bill has developed into a controversial, life-threatening exercise for Rep. Andrew Garbarino, a New York Republican who broke with his party to support the legislation.

Nassau Police confirmed that Kenneth Gasper was arrested and charged with aggravated harassment for a death threat he made to Garbarino, according to Detective Lt. Richard LeBrun.

“It’s amazing people want to kill me over paving roads and clean water,” Garbarino told BuzzFeed News. “The misinformation out there about this bill is so bad that I’m getting death threats.”

A NY man was arrested for making death threats to GOP Rep. Andrew Garbarino shortly after Marge Greene posted his name on twitter calling him a “traitor” for voting for infrastructure. “I don’t think my colleagues want to get me killed, but they should stop the rhetoric.” pic.twitter.com/UpyrAtOph4