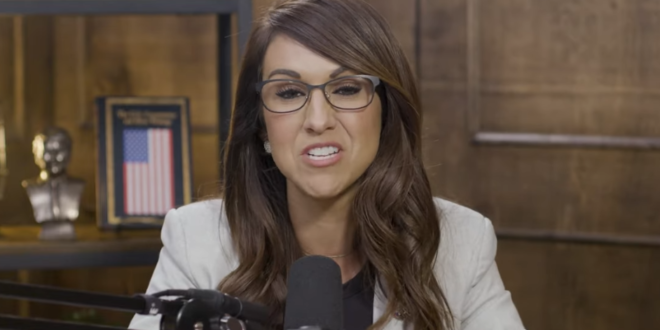 Republican Rep. Lauren Boebert of Colorado suggested to a crowd in September that Democratic Rep. Ilhan Omar of Minnesota, whom she called “black-hearted” and “evil,” was a terrorist. In those same remarks, she said that she felt safe around Omar because the Democrat wasn’t wearing a backpack while they were in an elevator together.

It’s another instance in which Boebert suggested Omar, who is Muslim and wears a hijab, was a terrorist. The video of Boebert’s anti-Muslim comments, made in New York at a September Staten Island Conservative Party dinner, were posted on Facebook that month by an attendee running for borough president.

The GOP is a serial-offending, malicious anti-Muslim party. @GOPLeader McCarthy’s silence is a permission slip for his members to keep assaulting the Muslim community. His green-lighting this will lead to violence. He must resign. https://t.co/zDMFeHcSJ4

I stand with @laurenboebert. She is fighting back. We are with you, Lauren.

Rep. Omar is too classy to point out that Boebert doesn’t have a high school diploma and married a registered sex offender.

She could’ve easily went there… but she didn’t.

I’m less disgusted with Lauren Boebert than I am with all the cowardly Republicans who remain silent. Most of them know better. She doesn’t.

How many videos do we need of Lauren Boebert being a seditious bigot before Congress does something about it?

Interesting how Lauren Boebert can falsely call Congresswoman Omar a terrorist who consorts with criminals when Boebert actually has a criminal mugshot and played a large role in the January 6 attack on the Capitol. It’s as if racism lets her escape any consequences and scrutiny.

A reminder to Lauren Boebert & Marjorie Taylor Greene (among others) who think using terms like “Jihad Squad” is so cool. It’s NOT. In fact it dishonors my service and that of thousands of other Muslim Americans who’ve served this nation with honor & dignity to keep America safe. pic.twitter.com/vj75HtiMgo