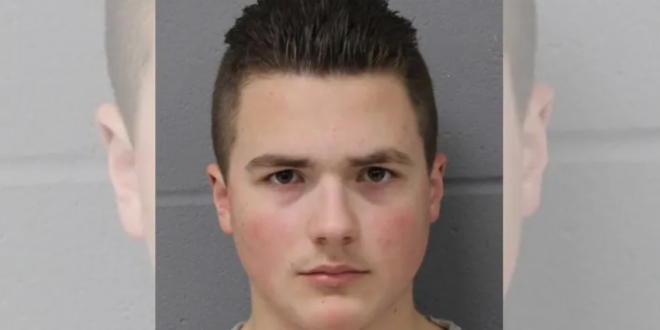 Arson investigators with the Austin Fire Department arrested a man Wednesday who is accused of intentionally setting fire to an Austin synagogue on Halloween night.

Franklin Barrett Sechriest, 18, is suspected of using an accelerant near the sanctuary doors of Congregation Beth Israel to ignite the flames, causing an estimated $25,000 in damage, according to AFD.

An arrest affidavit for Sechriest said surveillance video showed a dark-colored Jeep enter the north parking lot around 9 p.m. the night of the fire. The driver, described as a “tall thin white male with dark hair” got out of the car carrying what seemed to be a heavy green jug.

A virulent anti-Semitic member of the Goyim Defense League is arrested for torching an Austin, TX synagogue. Eighteen-year-old Franklin Barrett Sechriest of San Marcos, TX is being held on $100,000 bond b/c of the good work of the Austin, TX fire dept Arson Investigation Unit 1/ pic.twitter.com/n0870XgeFm

Schriest was identified b/c the bonehead drove his own car Halloween night, carrying a gas canister to the house of worship & his car tag # was captured on surveillance video pic.twitter.com/i2BNLpLzZX

Later that night, Sechriest was seen burning a Nazi swastika outside of Austin with at least 10 other members of the Goyim Defense League. Sechriest is 2cd from right giving the Nazi salute pic.twitter.com/EA0hn38EO0

2cd from left (my error). He is also seen in an earlier event on Halloween day harassing trick or treaters in Austin. He is in the middle w/ cell phone pic.twitter.com/5XoudqOnWE

The Goyim Defense League are a small crew of less than a dozen who criss cross the country spreading lies that “Jews are behind 9/11”, having held demos in FL, Co, CA, and TX. There real identities are all known. pic.twitter.com/kCay3o4DIY