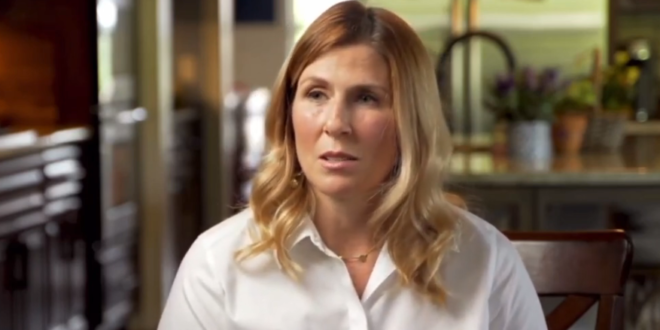 “Moms For Liberty” Seek To Ban Book About MLK Jr.

The complaint, the first directed to the state under the new law passed this spring, was filed by Robin Steenman [photo], chair of the Moms for Liberty Williamson County chapter, a conservative parent group sweeping the nation.

The 11-page complaint alleged that the literacy curriculum, Wit and Wisdom, used by Williamson County Schools and at least 30 other districts, has a “heavily biased agenda” that makes children “hate their country, each other and/or themselves.”

The group detailed concerns with four specific books on subjects like the Rev. Martin Luther King Jr.’s March on Washington, the integration of California schools by advocate Sylvia Mendez and her family, and the autobiography of Ruby Bridges, adapted for younger learners.

Read the full article. As has been previously reported, Moms For Liberty claims to be a grassroots group of “concerned parents,” but in fact they are the creation of national dark money right wing groups.

A Tennessee chapter of “Moms for Liberty” filed a complaint with the Tennessee Department of Education alleging that assigning 2nd Graders a book about MLK Jr’s March on Washington violated the state’s new law banning Critical Race Theory pic.twitter.com/STDiPY48jH

The Tennessee Department of Education declined to “investigate” but for a technical reason. The complaint dealt with curriculum during the 2020-21 school year and not the current school year. https://t.co/gWfsn6rhLB

So Moms for Liberty could refile the complaint and they might be successful next time. Their issue with the MLK book are two images that are historically accurate.

This is what these anti-CRT bills are about. pic.twitter.com/ZY5Ef5NQH6

Moms for liberty also objects to the TEACHERS MANUAL suggesting that notorious segregationist Eugene “Bull” Connor was not a nice guy pic.twitter.com/UN8ybP9LVu

Learning about past injustices, they say, violates Tennessee law pic.twitter.com/ElOx4ysfJ8