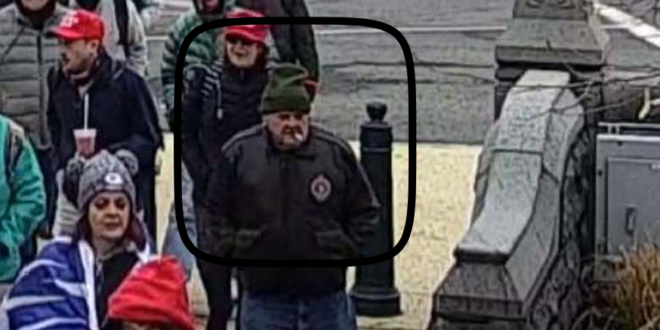 A fanatical Donald Trump supporter who parked his truck full of weapons in Washington on Jan. 6 and then joined in the Capitol mob while carrying firearms because he believed the then-president’s lies about a stolen election pleaded guilty to two counts on Friday.

Lonnie Coffman of Alabama, an Army veteran who served two tours during the Vietnam War and was described by one family member as “a hermit,” pleaded guilty to a count of possession of destructive devices ― 11 Molotov cocktails ― and a count of carrying pistols without a license.

Authorities also found a note inside Coffman’s vehicle that singled out a Muslim member of Congress, called a judge a “bad guy” and praised a number of conservative figures. Another note had contact info for conservative talk-show host Mark Levin and Fox News personality Sean Hannity.

BREAKING: Trump fanatic Lonnie Coffman — who wanted to “help with the election fraud” and had a truckload of weapons in D.C. on Jan. 6 — has pleaded guilty to two felonies. One more plea to come.

Judge’s order says Capitol riot defendant Lonnie Coffman did a drive around DC – including around US Capitol – on December 11, 2020

And attempted to drive to Texas Senator Ted Cruz’s home.