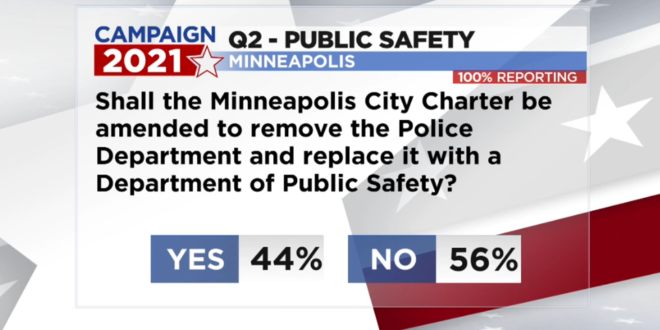 Voters in the city rejected a ballot measure to overhaul policing drafted amid the national fury over George Floyd’s murder by a police officer but that went to voters as rising concerns about gun violence drained energy from the protest movement that had launched it.

CNN on Tuesday projected that Minneapolis Question 2 had failed, effectively ending a push to give the city council oversight of a new Department of Public Safety and done away with a requirement to employ a minimum number of police officers tied to the city’s population.

The status quo-affirming result is a setback to both citywide and national efforts to fundamentally reduce or eliminate the role of police in America.