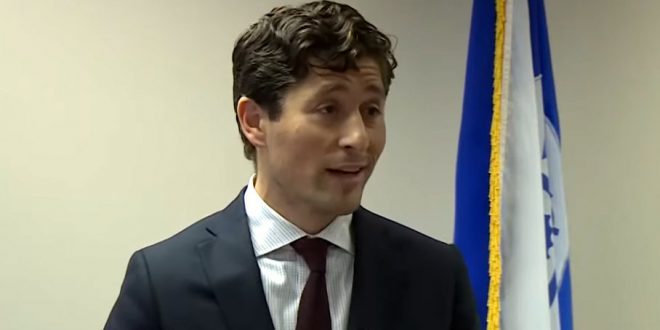 Incumbent Jacob Frey has been re-elected as mayor of Minneapolis. Minneapolis election officials announced Frey as the winner Wednesday afternoon. According to the Associated Press, Frey secured 56% of the vote, with Kate Knuth getting 44% of the vote.

Following the first-round ballot tabulations Tuesday evening, Frey did not have enough votes to be declared the winner.

In his first term, Frey faced criticism from conservatives about his handling of the destructive unrest following the murder of George Floyd by police in 2020, including his decision to evacuate officers from the 3rd Precinct building.

By criticism, they mean death threats.

Jacob Frey has been re-elected as Minneapolis mayor following a second round of tabulation. https://t.co/oab6stvPw4