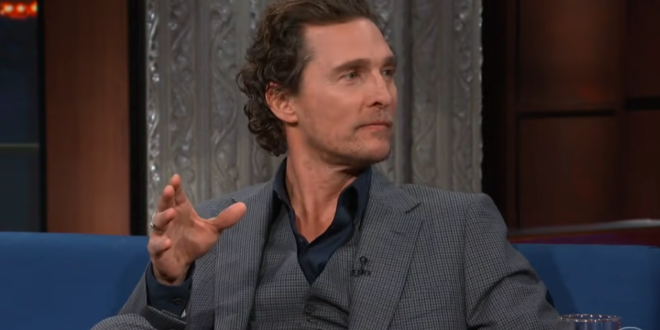 “I am not until I am — OK? Is this something I’ve been thinking about for 20 years, and I know what I want to do, but I’m just holding on to my answer? No.

“It’s a new embassy of leadership that I have really been doing my diligence to study, to look into, to question what it is, what would it be for me. Not the question of, ‘Hey, do you think I could win?’ No.

“Let’s talk about what Texas politics is. Talk about a policy statement. I’m a storyteller. I’m a CEO. But being CEO of a state?

“Am I best equipped for the people in the state, and for my family and myself? That’s what I’ve been doing, and there’s no tease to it.

“There’s me doing my diligence, and I will let you know shortly” – Matthew McConaughey, speaking to the Hollywood Reporter, who accused him of being “coy” about a potential run.

The outlet has named McConaughey their philanthropist of the year for raising millions for Texas storm relief.

Matthew McConaughey Named Philanthropist of the Year: “I Want This to Be a Legacy” https://t.co/GfhF5nkANT

Matthew McConaughey could win the Texas governorship if the election were held today — according to a new poll — and he hasn’t even said he wants the gig. https://t.co/q1nSqMmbz6