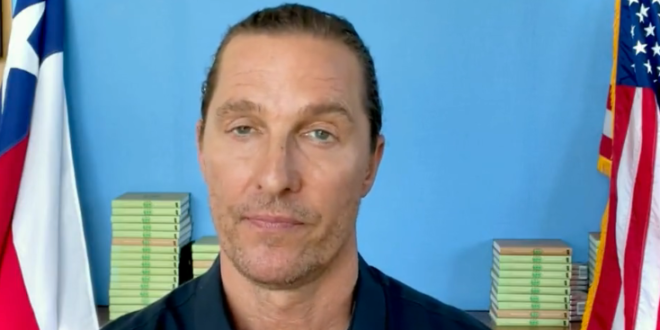 Actor Matthew McConaughey on Sunday removed himself from consideration as a potential candidate for governor after months of toying with a campaign. In a video posted to his Twitter account, McConaughey, who lives in Austin, said he was honored to be considered for “political leadership.”

“It’s a humbling and inspiring path to ponder,” McConaughey said. “It is also a path that I’m choosing not to take at this moment.”

Since earlier this year, McConaughey said he was mulling a run for governor, though he did not specify whether he would run in the Democratic primary, in the Republican primary or as an independent. He has previously described himself as “aggressively centrist.”